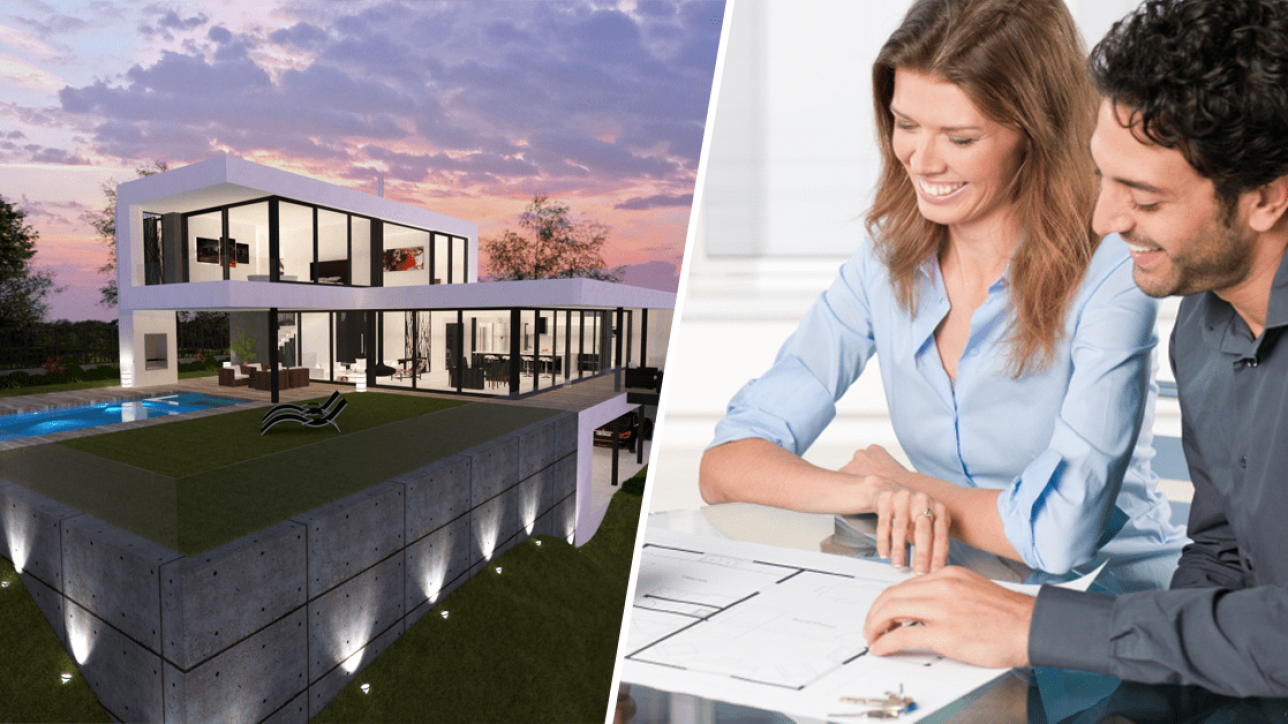 After the crisis, self-promotion is booming. In 2006, it barely represented 14% of the total, while it currently stands at 50% of the total of homes built

The data prove it. Self-development, or, building your own house, has won countless followers after the outbreak of the crisis. The statistics of the Ministry of Public Works show how half of the houses built in Spain do not have any private promoter behind them, but rather the private individuals themselves, as well as communities of owners and cooperatives, who assume this promotional role, saving the final owner of the house important sums of money. To give us an idea, in 2006, self-development barely represented 14% of the total, while in 2013 it reached 60%. At present, the percentage is close to 50%.

The data on self-development includes the permits for new work rehabilitation and reform granted to individuals, communities of owners and cooperatives.

Why this boom? The main advantage of self-development is that it allows you to buy a house at a cost price since the developer margin is eliminated, one of the expenses that, along with the price of the land or the execution of the works (the construction of the house), makes the property more expensive. This margin usually moves between 15% and 20% of the final price of the home. To have a better idea, for a single-family house of 240,000 euros, we could get to save between 60,000 and 65,000 euros. How is it possible?

“Only with the promoter margin we can save between 15% and 20%”, explains the architect Antonio José López Sánchez-Ferrer. “Also, if instead of hiring a construction company to build the house (self-development) the individual subcontracts the architect, rigger, plumbers, workers, electricians, etc. (self-construction), we would be talking about additional savings between 15 % and 20%, since it would also be saving the management of the work “, he adds, although this expert recognizes that this last choose ” supposes a greater implication on the part who decides to build his own house and requires a greater knowledge of the whole construction process”. 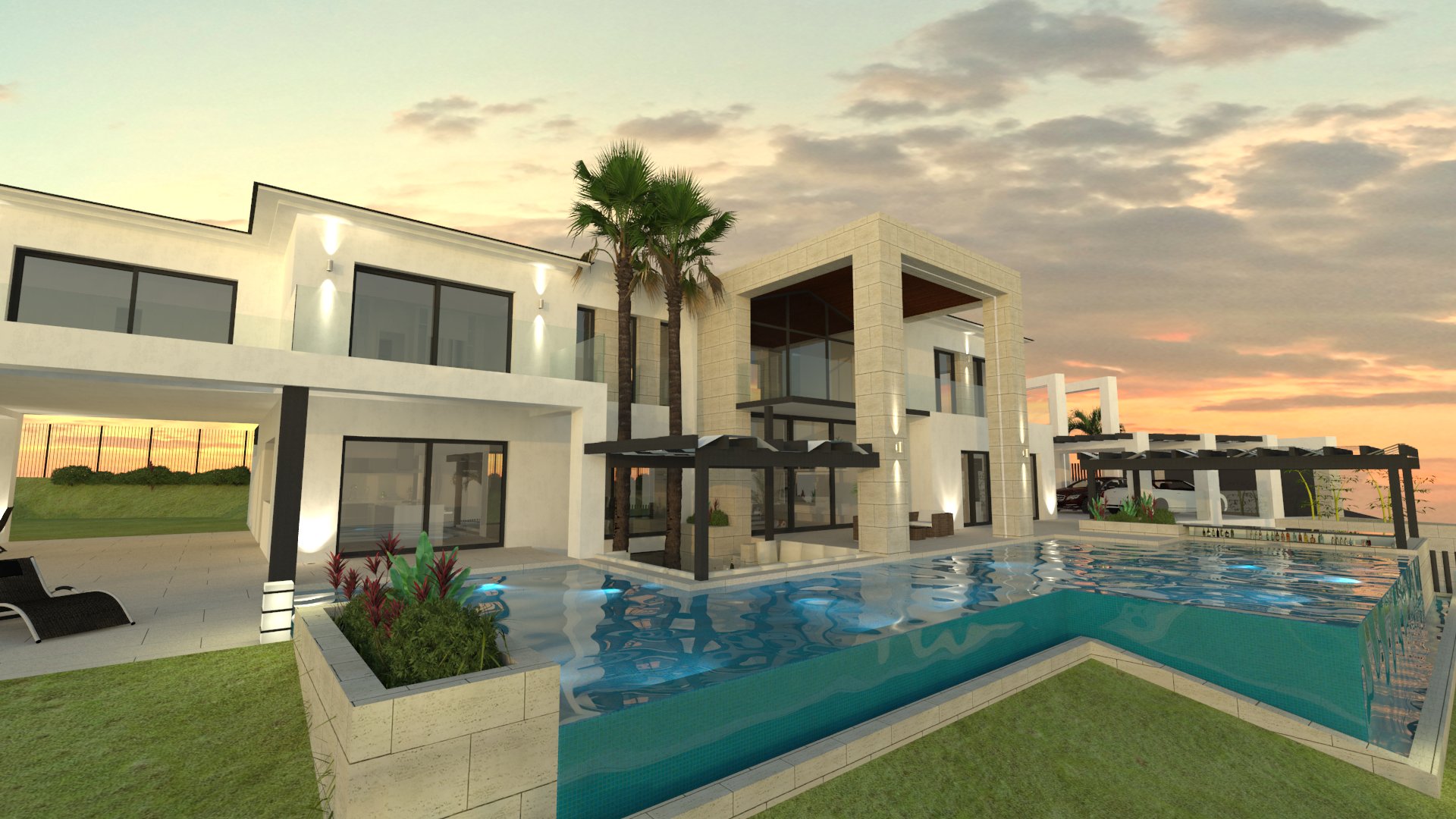 Antonio José López Sánchez-Ferrer has developed a calculator that allows, with a margin of error of 15%, to know how much it can cost us to build our own house, without including the price of land. The budget is approximate, but it is a starting point for those who are considering building their own home.

This calculator can include the number of floors that we want our house to have, the surface of each of them and each of the rooms, as well as the qualities (low, medium, high) of the materials we want to use. In our example, to build a house of 350 square meters (distributed in three floors with garage, warehouse, storehouse, five rooms, four bathrooms and toilets), we should have a budget between 246,000 and 333,000 euros (a margin of error of 15% above and below the 290,800 euros offered by the calculator).

Another calculation that allows us to obtain an orientated value consists of multiplying the surface of the house by 750-900 euros that costs the square meter built of housing. A value that corresponds to the cost of building a single-family house of about 200-250 square meters with quality and average finishes, as explained by MBQ Group, a company that facilitates the procedures for those who want to build their own house.

“When someone plans to build their own home, the first question that arises is how much it will cost them in total, this question is usually the issue that slows down and determines the decision to start the process. With this calculator we can start putting numbers on the table and make a decision more easily, “says Antonio José López Sánchez-Ferrer. 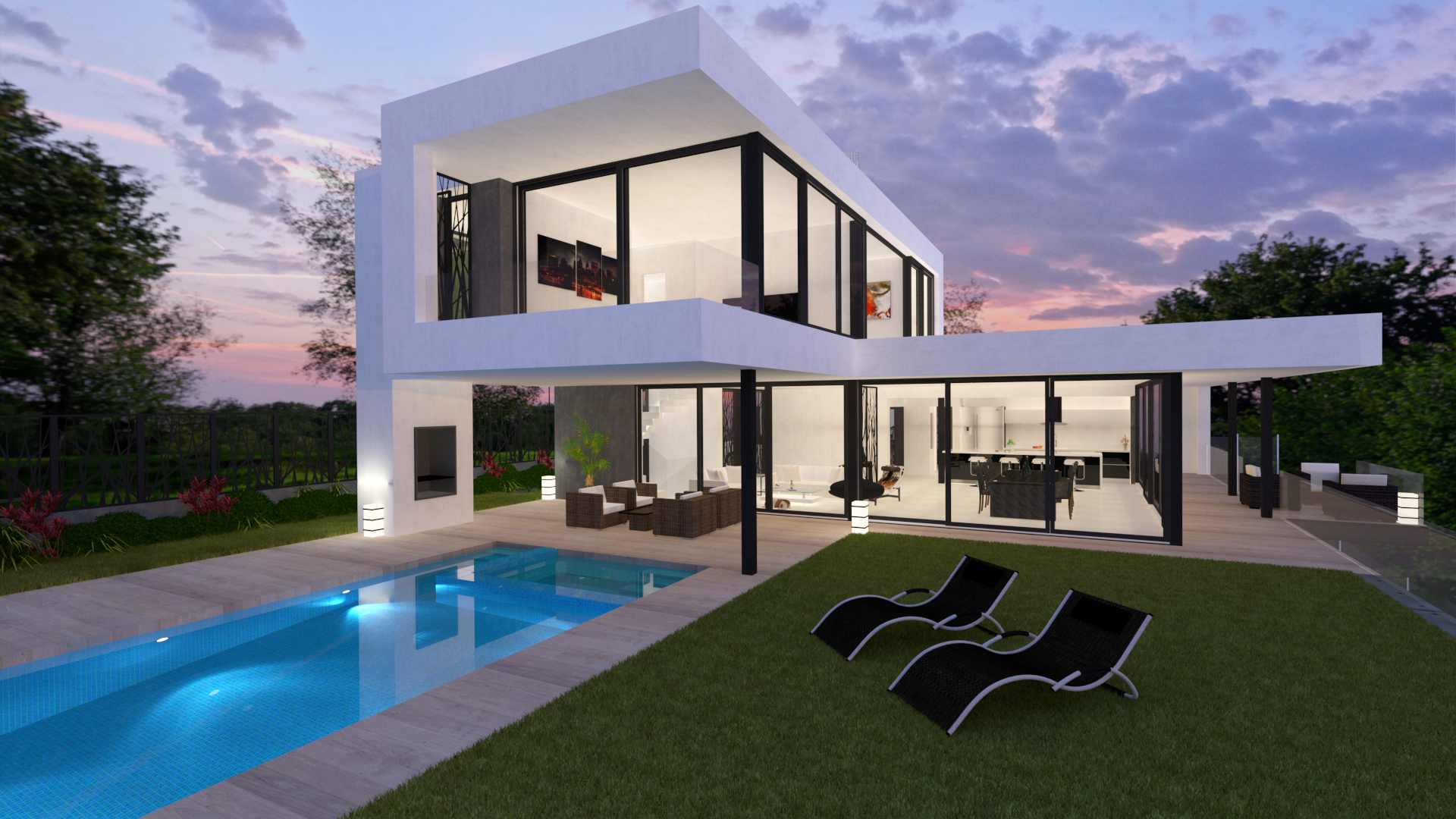 The result obtained, as can be seen, includes the most common expenses of self-development, such as technical fees (including college visas), licenses, notary, registration, etc. “Logically it is not an exact figure, it is only an orientation since the expenses are estimated based on our experience in the sector and also vary slightly in each corner of the country depending on local circumstances and regulations,” he says.

¿What is the starting point?

Before getting down to work, it is advisable to be very clear about the main expenses associated with the construction of a house to avoid shocks. Usually, the highest expense corresponds to the price of land, which usually represents 45% of the total cost of a house. That is to say, it is usually the highest expense of our investment. After the crisis and the steep fall in solar prices, many individuals opted to buy at demolition prices and several thousand euros were saved in this item. However, at the highest peak in the market, the land came to represent between 60% and 80% of the final price of a home.

Before embarking on this adventure, it is important that we know the different phases involved in the construction of a home. Broadly speaking and in a very simplified way: you have to design the house, ask for the building permit and execute the works. When these have been completed it is necessary to certify the end of the work, obtain the license to occupy the house and register it in the registry. The most expensive, by far, is to execute the works.

Execution of the work 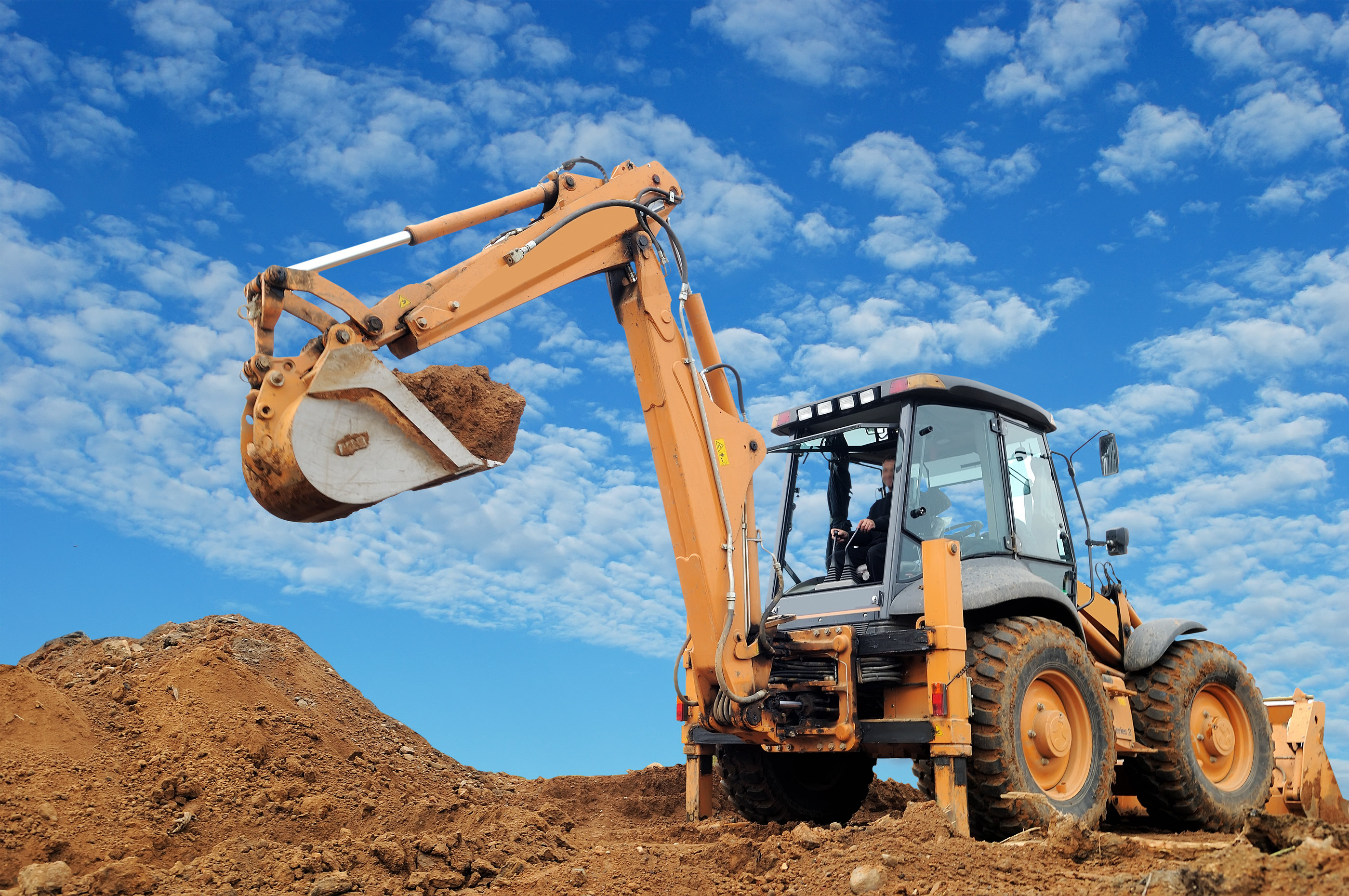 If we leave the land on the margin (whose purchase can become quite complex as we explained in another article), since many individuals may have bought it very cheaply or, simply having received some land as inheritance, the biggest expense is that corresponds to the execution of the works, which can “eat”, approximately, 40% of our budget. In the example used, of the 290,800 euros, more than 276,000 would go to this item (the percentage is higher than that 40% because, we insist, it does not include the price of land).

This part also represents an important ‘pinch’ to the budget. In our example, without counting the architect’s fees, it is just over 9,000 euros. In addition to the rigger and the safety coordinator, the corresponding municipality must be paid for the building permit and the construction, installation and works tax (ICIO).

But, in addition, it is necessary to request the provisional connection of the electric current and water supply of the work and to commission the project of execution of work, normally to the same architect who has written the basic project.

Taxes make housing significantly more expensive. The promoters of Madrid (Asprima) calculate that 25% of the final price of a home corresponds to taxes. Thus, for example, for a new, newly built house, for which a buyer would pay 157,500 euros -IVA, AJD, notary and registry expenses included-, 39,282 are destined to municipal, autonomous and state taxes and fees.

Likewise, it is compulsory to take out civil liability insurance for all construction risks and ten-year property damage insurance. Not forgetting the contracts with a technical control agency and a quality control entity. 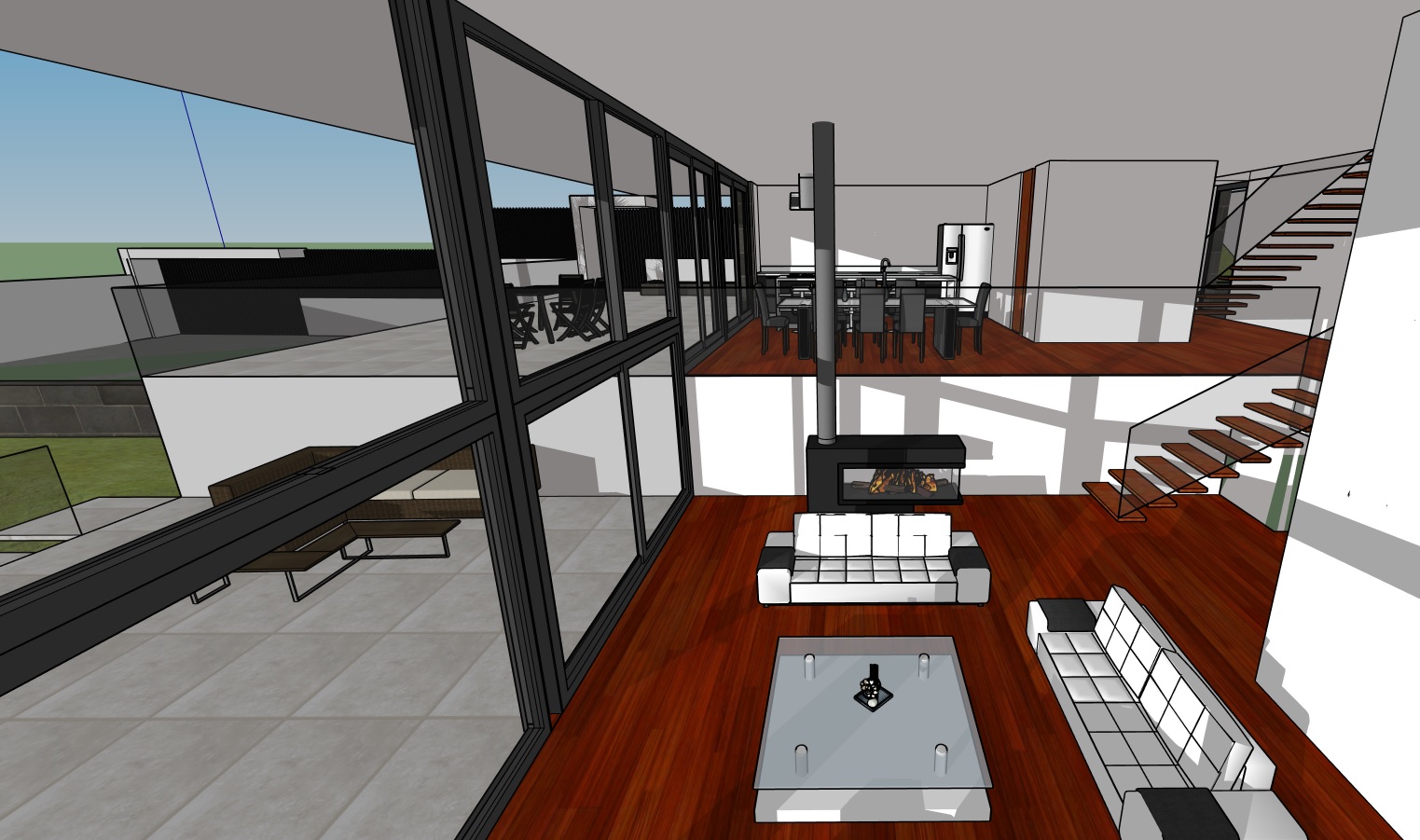 When we set out to build our own house, we need an architect to design it for us. But in addition, it is necessary to carry out a topographic study of the plot, whose cost MBQ Group places between 250-400 euros (in line with the prices of our example), as well as a geotechnical study of the plot, between 650 and 800 euros, necessary for the good foundation of the house and to prepare the building project.

End of the work 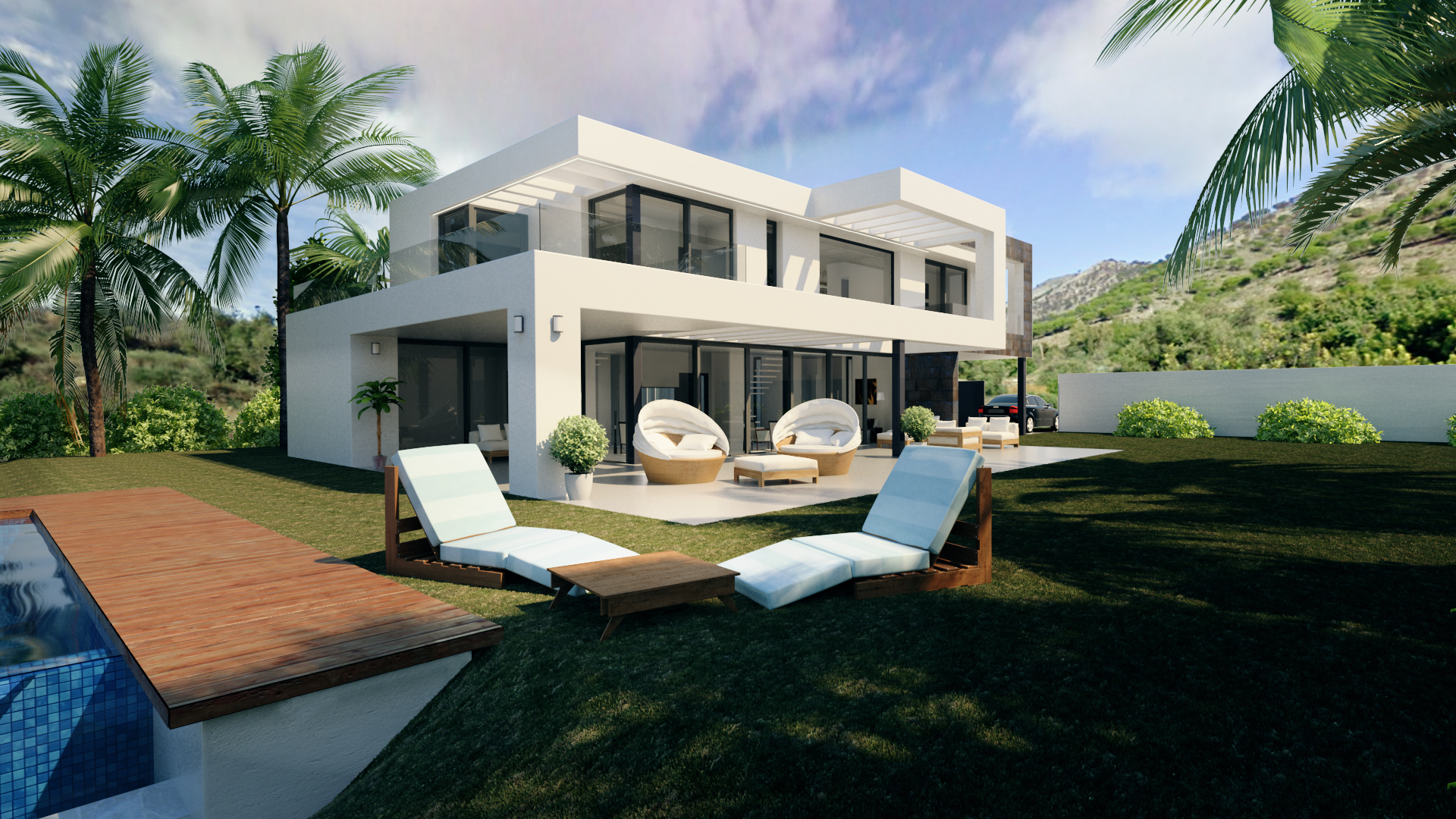 Once the works are finished, the architect and rigger must certify the end of the work. These are procedures that involve a new payment. But it is also necessary to ask the relevant municipality for the first occupation license, necessary to be able to move into the dwelling and you also have to pay for the issuance of the habitability certificate, although it is usually a very small amount. Likewise, the public deed of new work must be performed before a notary and registered in the Property Registry.

And, as happens with the purchase of land, you have to pay the fees of the notary and the registrar, around 0.5% of the value of the house. Without forgetting that you have to register the different supplies such as water, electricity, gas and telecommunications, whose price depends on each company, although it can be around 200 euros per supply.

In Mijas for example, you will find Buena Vista Hills, a housing project set in a strategic location providing its residents impressive panoramic views of the sea. This new turnkey villa development can be a perfect place to live in Costa del Sol and is no doubt worth the investment, as once completed … you can count on a safe investment return of 25-30%.

Building Your Own House, the Latest Fashion that Saves Thousands of Euros November 9th, 2017STRATA